The Biggest Misconception About Changes to Google's Algorithm 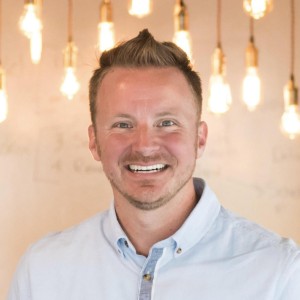 It only takes a few minutes on any major online marketing site or forum to see that lots of webmasters and business owners are upset about recent changes to Google’s algorithm, and especially the latest “Penguin” update, which affected some companies that previously put a lot of work into their SEO plans.

But while their grief is understandable, there seems to be a huge misconception about changes to Google’s search algorithm. That’s because they aren’t really changes at all, but small shifts designed to make the world’s largest search engine better at the same things it’s been trying to do for years.

Simply put, Google doesn’t like “over-optimized” websites because the searchers who use Google don’t like them, either. It isn’t helpful for men and women who want to find answers, or products, to come upon pages filled with copied text or stuffed keywords. And so, all the major search engines are doing what they can to deemphasize those listings – and will likely continue to do so in the future.

That doesn’t only say things about the current state of search engine optimization, but where the future is headed, as well. Here are a few trends you can expect to continue:

Search engines will keep looking for natural value. In other words, they want to prioritize websites that seem to be focused on giving the most information. Where does that line fall, and what is considered “over-optimization”? There aren’t any clear answers, but expect that scrutiny will get tighter.

Google and the other engines are paying attention to the way searchers treat you. The surest indicator of a high-value website is the way searchers use it, and how other webmasters link to it. In addition to links, it’s also possible that factors like bounce rates and time on site will become increasingly important in the future.

The social media element of SEO is increasing. Another way that the major search engines can measure interest in your website is by monitoring social media posts, updates, and links. Expect the relationship between search engine optimization and social media marketing to keep growing stronger.

Google isn’t going to want to see anything it considers cheating. These include copied content, keyword stuffing, buying links, and so much more. As a general rule of thumb, if you are doing something only for the search engine optimization benefit, it’s likely to get decreasing returns as time goes on.

Search is changing all the time, but the biggest shifts in Google’s algorithm aren’t due to a whole new set of ideas, but the narrowing focus on the same priorities that have been there for a long time. When it comes to app development, there’s a lot involved and a lot that has to be right in order for the application to be Welcome to the Team, Alyson!

Say hello to our newest team member, Alyson Wuamett! She’s joining our ranks as a Marketing Coordinator. As DE’s marketing takes on bigger challenges and